Xavier_Onassis » Today, 9:31 am » wrote: ↑
Today, 9:31 am
This was not Trump's plan. This was Joes plan.
Biden was greatly constrained by the deal that Trump had made with the Taliban.
Any alternative option would have involved his sending in thousands more troops, which would have risked more lives and been far mor unpopular.

Biden did the best he could with what he had.
I am sure that the US forces did all they could to prevent loss of life.
And Biden did get us out, which Trump refused to attempt.

And Mahler? He likes to fuss a lot.
No one tunes in to Mahler to hear a cheerleading rally for any administration. Nor will they ever.

Who is "Mahler"?
Top

Re: Jill Biden tests positive for COVID-19, has 'mild' symptoms

Re: Jill Biden tests positive for COVID-19, has 'mild' symptoms

On July 21, 2021, President Joe Biden said during a CNN town hall, “You’re not going to get COVID if you have these vaccinations.”
Top

“So America is no longer the world’s policeman, we’re the world’s student loan officer,” said Bill Maher tonight of Joe Biden’s pledge to “hunt you down and make you pay” the perpetrators of yesterday’s horrific attack outside Kabul Airport.

“I’ll tell you, America not so good at wining wars, but the getting the **** out part, we’re getting a lot of practice at that,” he said beforehand, to one of many big laughs before his studio audience.

“Of course there was this suicide bombing which makes it a giant tragedy now,” the Real Time with Bill Maher host stated of the evacuation of over 100,000 people from the South Asian nation in the last week. “Am I the only one who thinks we did this completely ***-backwards? We pulled the troops out, and then tried to evacuate the civilians? I feel that was a little backwards.”

This One is for @Xavier_Onassis

This was not Trump's plan. This was Joes plan.

On Aug. 26, 2021, during the U.S. military's mass evacuation at the Kabul airport, suicide bombers killed at least 183 people, including 13 U.S. service members. The evacuation required significant cooperation from the Taliban to complete and ended a day ahead of the deadline on Aug. 30, leaving behind thousands of U.S. citizens and tens of thousands of Afghan allies, despite Biden’s promise days earlier to "get them all out."
The bipartisan pair of congressmen reflected on the approaching one-year anniversary of the Afghanistan withdrawal during an appearance on CBS News’ "Face the Nation," saying the Biden administration should have handled things differently.

"There was a complete lack and failure to plan," McCaul, a ranking member on the House Foreign Affairs Committee, told CBS News’ Margaret Brennan. "There was no plan and there was no plan executed. And to your point, even beforehand, I think the State Department probably didn't have the resources it needed to carry out an evacuation of this size and enormity."

At the end of the Day, the Generals told Biden, NO.
Biden did not listen and 13 service members died because of this decision.

A year has passed since the fall of Afghanistan and Republicans in Congress have said they plan to investigate the botched withdrawal should they retake the legislature.

Rep. Adam Schiff, D-Calif., the chairman of the House Permanent Select Committee on Intelligence, on Sunday acknowledge that the withdrawal "could have been handled differently."

Re: Vegas bag lady girlfriends get washed out of tunnels!

Your trailer is going nowhere. You live in a trailer park!

Leonard Nimoy said that he visited Caltech and people earning advanced degrees in science would ask his opinion and advice about their projects. He said that he would diplomatically say that they had some interesting ideas, but, in fact, he had absolutely no clue what they were talking about because he was an actor, not a scientist.

Dan Blocker, Hoss on Bonanza, told the story of a lady who approached him and said that he should get rid of that Chinese cook and get a white woman to cook for him. He tried to explain to her that he lived with his wife and family in a house near LA and that he and his wife cooked their meals, but the lady believed that he, Lorne Greene and Michael Landon lived on a ranch near Lake Tahoe and Virginia City.

Many people cannot separate the actor from the character they play on television . Donald Trump played a successful businessman on television. Many people came to associate his character with the person who played the character. The fact that “The Apprentice” was supposed to be “reality” did not hurt this belief. At least Nimoy and Blocker played characters who lived in other centuries, so most people probably did not completely associate their characters with the men who played them, but their stories show how powerful seeing someone on television every week can be.

QUILTBAG,  NOD if you understand

Why is Quora not good?
No public API. No backup or export tools. Restricted access to answers without an account. Blocked scrapers and unofficial APIs, and deleted questions related to scraping on their site

Re: An amusingand artistic skit

Answer my question
What the **** is wrong with you
Top

Re: An amusingand artistic skit

Ignore the message in the black box and do not fail to click on the sound.

I personally know of no one that has had covid-19 or died from covid-19 or has taken the vaccination.

Any one good at math? Figure the odds out

No you are not wrong. The scientific studies proved exactly what you described.

Neo » 14 Aug 2022, 12:03 pm » wrote: ↑
14 Aug 2022, 12:03 pm
So far the long term effects of the first mrna vaccine have been surprisingly good. Only one of my family has been crippled by a vaccine related stroke, no deaths. I don't personally know anyone seriously injured or killed by the virus itself. I hope there are no long term consequences which is why I chose to abstain from this experiment.

Polio is making a comeback...
Same with Monkey Pox.
Seems the leaky mRNA jab is the culprit.
next we gonna see people like this with sores all over ther body.
Polio Pox 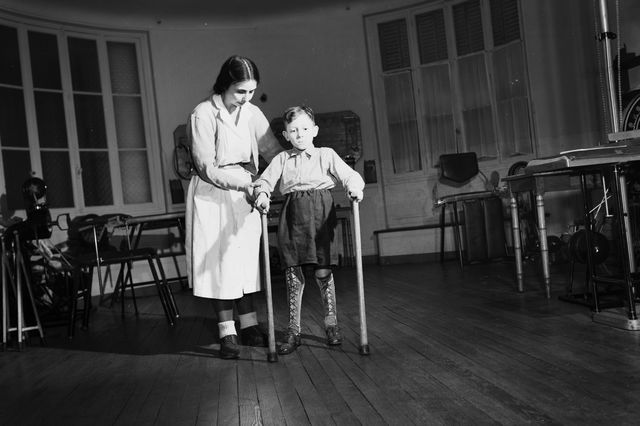 The fact is most American really can't tell the difference, in their world they lost money in July and seem like about the same amount to them.

Looking at the Inflation reduction Act pointers, I am seeing an increase of inflation directly due to the lib dem spending bill.

The bill is increasing taxes, spending more funds, and doesn't address the Supply Chain Problems at all.  To many $$$ chasing to few goods.  It is almost as if the dem are fueling the flames of Inflation on purpose.

We on  the same side!
Top