Who is Joe Biden?

By Termin8tor
05 Mar 2020, 8:16 am in No Holds Barred Political Forum
This political chat room is for you to sound off about any political ideology and discuss current political topics. Everyone is welcome, yes, even conservatives, but keep in mind, the nature of the No Holds Barred political chat forum platform can be friendly to trolling. It is your responsibility to address this wisely. Forum Rules
Post Reply
First unread post


.
Biden is so mentally diminished that he's making the mistake of telling the truth.

Joe Biden: ‘We Have Put Together the Most Extensive Voter Fraud Organization in History’ (VIDEO)
By Cassandra Fairbanks


“We have put together, and you guys did it for President Obama’s administration before this, the most extensive and inclusive voter fraud organization in the history of American politics,” Biden said during a virtual Get Out the Vote event.
https://www.thegatewaypundit.com/2020/1 ... ory-video/

.
And he ain't kidding!
Top
Log in or Register to remove ads


.
To which candidate are Wall St. Special Interests giving almost all their campaign contributions?

To "The Chairman" of the Biden Crime Family who'll throw money at them if he manages to somehow get across the finish line with collapsing.

Biden promises a "return to normalcy:" normalcy being the Swamp screwing Americans while caving to Special Interests.

Former Goldman Sachs President Shells Out Big Bucks For Biden
OCTOBER 27, 2020 By Evita Duffy
People in the financial industry have given well more than $50 million to back Biden, according to the Center for Responsive Politics, compared with some $10 million for President Donald Trump.
https://thefederalist.com/2020/10/27/fo ... for-biden/


.
Holy crap, Trump is right yet again. It really is "the laptop from hell."

Joe Biden clearly was just as concerned about national security as Hillary Clinton.

Amazing that the British media are covering this, but the corrupt liberal MSM in this country are not.


The laptop was first reported on by the New York Post, and almost immediately Twitter and Facebook worked to scrub the story from its platforms and to cast doubt upon its authenticity.

In the Daily Mail report, experts say that the material on the laptop wasn’t encrypted or protected by even basic two-factor authentication, and was only secured by the password “Hunter 02.” They claim the laptop contained:

While it isn’t illegal to possess the cell phone numbers of cabinet members or to store one’s personal documents and contact list on a computer, when data on one’s laptop can compromise national security, and when one’s circle of friends contains some of the most powerful people in the world, and when one routinely travels to foreign countries where internet security is a joke — accompanied by Secret Service — it makes sense to take the necessary steps to secure the integrity of one’s data.

And, while details of drug and sex problems might be seen as personal problems in some circles, in the view of foreign adversaries such problems are an avenue to blackmail.

On the laptop was an email dated November 10, 2011, the date Hunter left on a trip for France and the United Arab Emirates, to both Hunter and his then-wife Kathleen, listing the names and cell phone numbers of his Secret Service detail and their hotel room numbers:


Again, that communication was not illegal, but to have such information on an unsecured laptop that travels around the world, and into places like China and Ukraine where it could easily be compromised, is terrifying. What other information that might compromise national security is on that laptop?

IT expert Chris Greany told the Daily Mail that it was “staggering” that the laptop hadn’t been encrypted, and:


‘It’s a data breach and dangerous to have this type of material floating around,’ said the former police commander, who advised successive British Foreign Secretaries on laptop security.

‘For someone prominent, there is not only a risk of great reputational damage but also a risk of blackmail should the material fall into the wrong hands.’


According to the Daily Mail, a “forensic cyber expert” who analyzed material downloaded from the laptop said the material is authentic:


‘I have been doing this for 20 years and there is nothing to suggest the laptop or its contents have been interfered with or altered in any way,’ said the expert, who has worked with US law enforcement agencies.

‘There is no sign of data being added. There is no doubt in my mind that this is the real deal.’

American liberals and leftists would rather work with Radical Muslims than mainstream Americans.

Shades of the Cold War, when liberals worked with and protected Communists, as they worked together to vilify and destroy anti-Communists.

And I'll get the Biden Crime Family is getting some Grift from Iran as well.


Biden’s Biggest Fundraisers are Tied to Islamic Terrorists
The Iran Lobby, the Pakistan Lobby, and the Muslim Brotherhood are funding Biden.
Mon Nov 2, 2020 Daniel Greenfield
Joe Biden had spent the entire election hiding the names of his bundlers, the big money fundraisers who fueled his campaign, until releasing them right before Election Day.

What did he have to hide?

The list of bundlers who managed to raise at least $100,000 for Biden includes some of the usual Democrat politicians and big party donors, along with some other names.

Abdi is the executive director of NIAC Action and the former policy director of the National Iranian American Council, often referred to as the Iran Lobby.

NIAC Action is the lobbying arm of NIAC and despite claiming to represent the Persian diaspora in America, Iranian-Americans have accused it of echoing the talking points of Iran’s regime. Members of the democratic opposition to the Islamist regime have even helped spread the #niaclobbies4mullahs hashtag across Twitter which was tweeted as much as 300,000 times.

“The NIAC pretends to support the interests of Iranians who reside in the US but, in practice, it aims to protect the interests of the Islamic Republic,” Shervan Fashandi, a member of the opposition to the regime, has said.

Earlier this year, Senator Ted Cruz and Senator Tom Cotton had sent a letter to the Justice Department urging an investigation of NIAC and NIAC Action for violating FARA by lobbying for a foreign country without officially registering as foreign agents. The letter noted that "NIAC's relationship with the Iranian regime and its role amplifying regime propaganda in the United States have been the subject of discussion in Washington D.C. for years."

Iran is an Islamic terror state responsible for the murder of Americans around the world.

Joe Biden is no stranger to the Iran Lobby. He had celebrated the Islamic takeover of Iran. During the Iran Hostage Crisis, opposed the rescue of American hostages, and called for an end to pro-democracy broadcasts into Iran and for admitting the terror state into the WTO.

Early in the century, he had also raised sizable amounts of money and headlined an event for the American Iranian Council whose founder had run for the presidency of Iran.

After September 11, Biden suggested, “this would be a good time to send, no strings attached, a check for $200 million to Iran.”

In 2007, Biden warned that if President Bush took action to stop Iran, he would impeach him.

A year later, he told Israelis that they would have to accept Iran’s nuclear program.

A spokesman for the Student Movement Coordination Committee for Democracy in Iran warned that Biden's campaigns "have been financed by Islamic charities of the Iranian regime based in California."

Now, as America struggled with the pandemic, Biden hurried to propose a plan, not to help Americans, but to help Iran, to “streamline channels for banking” and weaken US sanctions.

NIAC Action endorsed Biden and appears to have raised a lot of money for him. What does NIAC expect in return? In its official endorsement, NIAC claimed that Biden had made an "ironclad commitment" to return to the Iran Deal. That would allow Iran to continue developing its nuclear program and provide it with an ongoing cash flow for international terrorism.

An article co-written by Abdi, one of Biden's biggest fundraisers, warned that "the U.S. has less leverage to secure concessions from Tehran given its own diminished credibility and Iran’s increasing nuclear leverage".
https://www.frontpagemag.com/fpm/2020/1 ... reenfield/

You are A LIAR a TRAITOR and a GUTLESS COWARD.  Al you do here is tell lies and spew out porsonous NONSENSE much of which originates from Russian Intelligence. You are aTRAITOR and all you do is LIE 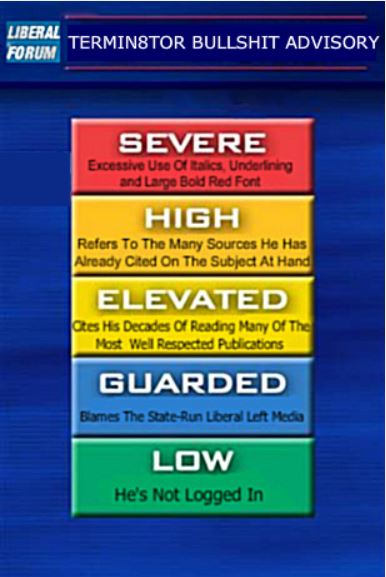 What ever will I do?

.
And he's a stunning liar.

Did the corrupt liberal MSM fact-check these whoppers?

To ask is to answer.

Biden Calls for Unity After Blaming Trump for Killing Over 200,000 Americans
He should be naming Pfizer’s vaccine after President Trump himself.
Paul Kengor by PAUL KENGOR
November 10, 2020, 12:01 AM
“If the president had done his job,” said Joe Biden at a CNN town hall in Moosic, Pennsylvania, on September 17, “all the people would still be alive. All the people. I’m not making this up. Just look at the data. Look at the data.”

“The president has no plan,” Biden insisted in the second presidential debate. “He knew all the way back in February how serious this crisis was.” That was when Trump shut down travel from China and Europe while critics (Biden included) excoriated on his actions as “extreme” and “xenophobic” and “bigoted” and (naturally) “racist.”

Of course, Donald Trump certainly had plans. The plans included Operation Warp Speed to develop a vaccine, which I first wrote about back in May.


A fraud who lies that he's a devout Catholic.

“devout Catholic” Biden really went over the slide when he tried to quote the Psalms. Or perhaps I should say The “Palms.”


"Devout Catholic" Joe Biden doesn't know the "P" in "Psalmist" is silent, not the "s".

Oh my. He’s clearly reading off a teleprompter again and has absolutely no idea what he’s even saying.