Kevin McCarthy 'Nancy Pelosi wanted rioters in the Capitol looking to kill her'...& Tucker says 'it was an FBI setup'

By Benson13
22 Jul 2021, 9:08 am in No Holds Barred Political Forum
This political chat room is for you to sound off about any political ideology and discuss current political topics. Everyone is welcome, yes, even conservatives, but keep in mind, the nature of the No Holds Barred political chat forum platform can be friendly to trolling. It is your responsibility to address this wisely. Forum Rules
Reply to this topic Start new topic Reply to this topic
4 posts • Page 1 of 1
First unread post

Kevin McCarthy 'Nancy Pelosi wanted rioters in the Capitol looking to kill her'...& Tucker says 'it was an FBI setup'

Rep. Kevin McCarthy (R-CA) is scrambling to come up with a reason to blame Speaker Nancy Pelosi for the Capitol attack on Jan. 6.First, Republicans were furious at President Donald Trump. McCarthy took to the House floor on Jan. 13 to attack Trump for his role in the attack. At that point, he never mentioned Pelosi, much less blamed her.

"The president bears responsibility for Wednesday's attack on Congress by mob rioters," McCarthy said at the time. "He should have immediately denounced the mob when he saw what was unfolding. These facts require immediate action by President Trump."

"Some say the riots were caused by Antifa. There is absolutely no evidence of that," McCarthy also said. "Conservatives should be the first to say so."But now the GOP has gone from there to embrace the theory that Antifa or Black Lives Matter was somehow behind the attack. Then they pivoted to claiming that Democrats were behind it, secretly dressed in Trump-support costumes and waving Trump flags. That infuriated some of those there that day, leading them to take to social media to complain that they were the real rioters and they are firmly Trump supporters.

Now, McCarthy is telling Fox News that Pelosi is to blame because she didn't demand that the National Guard be at the U.S. Capitol on Jan. 6. The rally was at The Ellipse, just south of the White House and about a mile and a half from the U.S. Capitol. For a city that is only 68 square miles in area total, anything over a mile is further away than in normal areas.

The National Guard was called to be on hand by the D.C. mayor and were near the Ellipse, where the rally was. No one knew that Trump was going to tell his crowd of people to march to the U.S. Capitol, tear it apart and attempt to assassinate Vice President Mike Pence and Pelosi.In fact, Trump's own staff didn't know, because in the speech that they wrote for Trump that day, the call to walk to the Capitol wasn't written. Trump made it up as he stood there.


Fox News host Tucker Carlson has used his show to repeatedly promote the unsubstantiated conspiracy theory that some of the co-conspirators in the Capitol riot have not yet been identified or charged because they were secretly FBI agents who engineered the entire attack as a false flag operation.

On his program on Wednesday in discussion with Rep. Jim Jordan (R-OH), Carlson once again pushed the idea.

"[FBI Director] Christopher Wray refused to get on a conference call about preparation for January 6th before it happened," said Carlson. "They knew it was coming, they didn't protect the building, they let the protesters in. The FBI has a long history of setting up crimes — they just did it in Michigan, we're going to get to it in a second. Why isn't there a good-faith investigation into the FBI's behavior? Or do Republicans somehow trust the FBI?"
Top

McCarthy: Was there a decision by the Speaker not to have the National Guard at the Capitol that day?
10:19 PM · Jul 21, 2021·Twitter for iPhone
Top 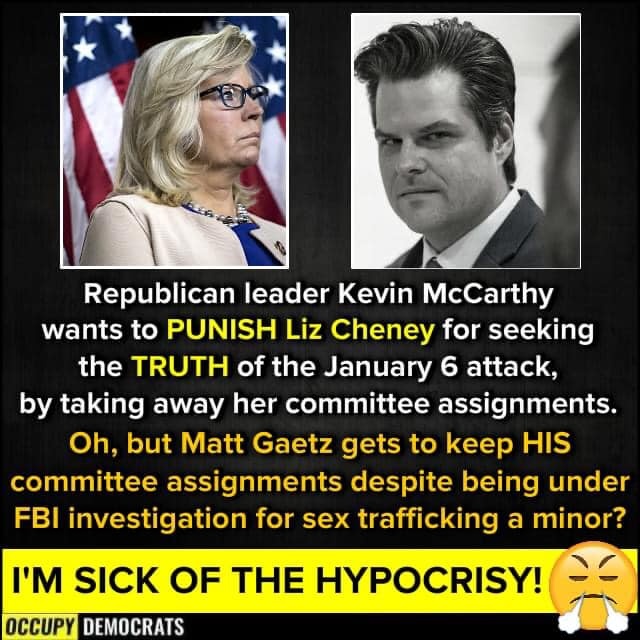