By Phoenix68.2.0
13 Sep 2021, 7:06 am in No Holds Barred Political Forum
This political chat room is for you to sound off about any political ideology and discuss current political topics. Everyone is welcome, yes, even conservatives, but keep in mind, the nature of the No Holds Barred political chat forum platform can be friendly to trolling. It is your responsibility to address this wisely. Forum Rules
Reply to this topic Start new topic Reply to this topic
4 posts • Page 1 of 1
First unread post

Elder held a Los Angeles press conference with actress and activist Rose McGowan, who said Siebel Newsom contacted her in 2017 on behalf of David Boies, a lawyer for Weinstein, the director McGowan says raped her.

McGowan said the contact occurred six months before a New York Times story she said she set up detailed how Weinstein had settled with multiple women, including McGowan, who accused him of assault.“She wanted to meet me, she reached out to me,” McGowan told libertarian YouTuber Dave Rubin in a video posted Thursday. “This woman I don’t know, some blonde lady with the last name of Newsom, cold calls me and is like ‘Davis Boies wants to know what it would take to make you happy.’

Siebel Newsom is a documentary filmmaker who herself accused Weinstein of “aggressive advances” following the 2017 New York Times story.

“Based on my years in the industry and unfortunately, my own personal experience with Harvey Weinstein, I can tell you that I believe every single word that was written in the extremely disturbing, but not all that shocking, New York Times piece published yesterday,”  “Not all that shocking because very similar things happened to me. I was naive, new to the industry, and didn’t know how to deal with his aggressive advances.”

McGowan has been publicly critical of both former President Donald Trump and President Joe Biden. Last year, she tweeted that Biden and the Democratic National Committee were “monsters” and called the Democratic Party a “cult.”

She encouraged Californians to vote to recall Newsom, a Democrat, and replace him with Elder, a Republican talk show host.

Elder earlier in the campaign faced an accusation that he behaved aggressively toward a former fiance.

Alexandra Datig, a former radio producer for Elder who once worked as a prostitute, said he brandished a gun at her while high on marijuana. 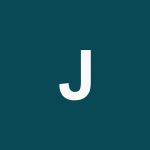 If Newsom loses this election it's rigged. Stop the steal ! We will have a rally at the state capital. Zip ties optional. We will have several attorneys lined up with bad hair dye and a guy that makes pot filled pillows for a good nights sleep. By next month Newson will be reinstated. We will be looking for Chinese ballots and dead republican one too. Stop the steal !
Top

JeanMoulin » 13 Sep 2021, 1:53 pm » wrote: ↑
13 Sep 2021, 1:53 pm
If Newsom loses this election it's rigged. Stop the steal ! We will have a rally at the state capital. Zip ties optional. We will have several attorneys lined up with bad hair dye and a guy that makes pot filled pillows for a good nights sleep. By next month Newson will be reinstated. We will be looking for Chinese ballots and dead republican one too. Stop the steal !

California WINS ONE, FOR THE MANDATE!!!!!
September 15, 2021
."California Governor Gavin Newsom's victory in Tuesday's recall election is a major win for the embattled Democrat and may also be viewed as a victory for COVID-19 vaccine mandates in the state and elsewhere.

California also introduced first-in-the-nation vaccine requirements for state employees, healthcare workers, teachers and other school staff over the past two months - mandates that all the Republican replacement candidates said they would reverse."

Larry Elder’s Baseless Attacks On California Recall Integrity
September 16, 2021
."The attempt to recall Gov. Gavin Newsom was so thoroughly demolished by voters Tuesday that Larry Elder, the leader of the crowded field gunning to replace Newsom, quietly abandoned his preemptive charges of voter fraud. Perhaps even a provocateur such as Elder lacked the nerve to deny a landslide that was running against the recall by nearly two votes to one.

But before the right-wing radio talker grudgingly conceded his loss in what otherwise sounded like a victory speech, the factual basis of his fraud claims deserved to be dismissed for many reasons — chief among them that they preceded any actual facts."[left] [/left]
Top
4 posts • Page 1 of 1
First unread post
Post Reply