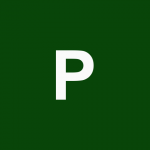 By Polar1ty
25 Nov 2021, 1:22 pm in No Holds Barred Political Forum
This political chat room is for you to sound off about any political ideology and discuss current political topics. Everyone is welcome, yes, even conservatives, but keep in mind, the nature of the No Holds Barred political chat forum platform can be friendly to trolling. It is your responsibility to address this wisely. Forum Rules
Reply to this topic Start new topic Reply to this topic
8 posts • Page 1 of 1
First unread post

How did the (((USUAL CULPRITS))) successfully brainwash every K-12 student into thinking the Revolutionary War was over taxes?

(Every time some conservative retard says something along the lines of, “We fought a revolution over taxes that are a fraction of the taxes imposed today,” laughing and cringing are appropos responses)

Before the war, the colonies sent Benjamin Franklin to England to represent their interests.  Franklin was greatly surprised by the amount of poverty and high unemployment.

It just didn’t make sense, England was the richest country in the world but the working class was impoverished, he wrote “The streets are covered with beggars and tramps.”

It is said that he asked his friends in England how this could be so, they replied that they had too many workers.  Many believed, along with Mathus, that wars and plague were necessary to rid the country from man-power surpluses.“

We have no poor houses in the Colonies; and if we had some, there would be nobody to put in them, since there is, in the Colonies, not a single unemployed person, neither beggars nor tramps.”  – Benjamin Franklin

He was asked why the working class in the colonies were so prosperous.

”That is simple. In the Colonies, we issue our own paper money. It is called ‘Colonial Scrip.’ We issue it in proper proportion to make the goods and pass easily from the producers to the consumers. In this manner, creating ourselves our own paper money, we control its purchasing power and we have no interest to pay to no one.”  – Benjamin Franklin

The first law was passed in 1751, and then a harsher law was passed in 1763.  Franklin claimed that within one year, the colonies were filled with unemployment and beggars, just like in England, because there was not enough money to pay for the goods and work. The money supply had been cut in half.

Franklin, who was one of the chief architects of the American independence, wrote:

“The Colonies would gladly have borne the little tax on tea and other matters had it not been the poverty caused by the bad influence of the English bankers on the Parliament, which has caused in the Colonies hatred of England and the Revolutionary War.”  – Benjamin Franklin

(If you will read the last portion carefully again, you will note that uneducated colonists back in 1760 were way more intelligent than progressive and conservative retards in 2021. LOL)

English historian, John Twells, wrote about the money of the colonies, the colonial Scrip:

“It was the monetary system under which America’s Colonies flourished to such an extent that Edmund Burke was able to write about them: ‘Nothing in the history of the world resembles their progress. It was a sound and beneficial system, and its effects led to the happiness of the people.In a bad hour, the British Parliament took away from America its representative money, forbade any further issue of bills of credit, these bills ceasing to be legal tender, and ordered that all taxes should be paid in coins.

Consider now the consequences: this restriction of the medium of exchange paralyzed all the industrial energies of the people.  Ruin took place in these once flourishing Colonies; most rigorous distress visited every family and every business, discontent became desperation, and reached a point, to use the words of Dr. Johnson, when human nature rises up and assets its rights.”

“After Franklin gave explanations on the true cause of the prosperity of the Colonies, the Parliament exacted laws forbidding the use of this money in the payment of taxes. This decision brought so many drawbacks and so much poverty to the people that it was the main cause of the Revolution. The suppression of the Colonial money was a much more important reason for the general uprising than the Tea and Stamp Act.”

Its depressing to think how easily all financial woes could be solved, how prosperous the entire country COULD be.. if not for ((THE JUICE))
Top

(Every time some conservative retard says something along the lines of, “We fought a revolution over taxes that are a fraction of the taxes imposed today,” laughing and cringing are appropos responses)


What ways are taxes part of every society and global trade? Reality doesn't exist without them. Just what does your intellectual character actually want freedom from even when accomplished pretending biology cannot sustain eternal separation of replacements occupying space now?

Do you accept kinetic physical absolutes without doubt or do you defend ideas promising anything else is possible, socially ignoring one's biological limitations occupying space one at a time combined here now?
Top

The most significant impact of the English Civil was was that cromwell...financed by jews...allowed jews to return to England.
Top

The most amazing accomplishment of FDR was basically convincing the country he would get to the bottom of solving the depression while still leaving a certain group intact.

Polar1ty » 25 Nov 2021, 8:01 pm » wrote: ↑
25 Nov 2021, 8:01 pm
The most amazing accomplishment of FDR was basically convincing the country he would get to the bottom of solving the depression while still leaving a certain group intact.

Oswald mosely...leader of the British fascist party and world renowned economist...Basically proved the depression was artificially engineered by Jewish bankers trying to use it to spark bolshevik revolutions globally.