By B.See
06 Apr 2022, 9:33 am in No Holds Barred Political Forum
This political chat room is for you to sound off about any political ideology and discuss current political topics. Everyone is welcome, yes, even conservatives, but keep in mind, the nature of the No Holds Barred political chat forum platform can be friendly to trolling. It is your responsibility to address this wisely. Forum Rules
Reply to this topic Start new topic Reply to this topic
First unread post

I'm not a coward I just don't like to talk to stupid people.
You are apparently a complete idiot.
Move to Boston indeed.
You're stupid
Top

you are not going to change Seattle!
Move out to a place that you believe is “policed better”
Top
slideman

What kind of American are you? You don't believe in participatory democracy? What are you a Nazi?
Top
slideman

Seattle has already changed a lot. We are moving toward a model of community policing. We got rid of the liar Carmen best. We are making progress
The SPD Strategic Plan 2022 will be presented to a city council committee on Tuesday morning. to council tomorrow. It proposes a deep dive into community policing, more time spent training cadets and finding ways to respond to some calls that don't involve an armed officer.

*** are not going to be policed.
Top
slideman

LOL it  is always the conservatives fault. Stay in your **** hole city and do not ever move to or vote in Texas. You are not welcome.
Top 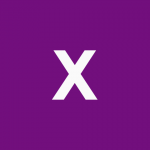 No one sane of mind would ever put a racist dimwit like you on any screening committee for Texas or anything else.
Top
slideman

I appreciate your contributions to the thread, Slideman. Though I think you're wasting your time responding to those who are allergic to information, willfully ignorant, and who choose to dwell in alternate realities.  They are a lost cause.

I too have always had respect for cops, and I'd like to think that there are those who want to protect and serve ALL of the community (not just some).

I also believe part of the well documented and substantiated LYING (as per your posts) is not only by those trying to cover their *** when they know they've done something they shouldn't have, but also because of that institutionalized "blue wall of silence" that USUALLY (with some exceptions) fall over instances of misconduct.  I know of instances in which cops felt coerced to clam up about misdeeds and such.

As I wrote, I had some articles at the start of the thread to share because, as it so happens I've LONG been a writer of political commentary, and as such, one tends to save a story... or two (ahem).  But I'll be DAMNED if, as if by magic, as soon as I created the thread, more RECENT stories suddenly popped up in the headlines... as if they came looking for ME.

Maybe Twitter Should Allow Hate Speech. Then We'd See What Cops Really Think About Us. - Above the Law

a fine example of a Democratic run city!
Top

he is not taking my ARs. Never!

Cops are behind the 8ball from the first moment they have to interact with a criminal.  The cops have to follow rules, while the criminals don't.

So you were not a cop you were a border patrol agent that is not the same thing at all.

And does the American bar association disgust you?

when did your time being alive originate? Inception of species or your personal conception replacing those lived prior to that event of conceived?