By Pastafarian
13 May 2022, 2:15 pm in No Holds Barred Political Forum
This political chat room is for you to sound off about any political ideology and discuss current political topics. Everyone is welcome, yes, even conservatives, but keep in mind, the nature of the No Holds Barred political chat forum platform can be friendly to trolling. It is your responsibility to address this wisely. Forum Rules
Reply to this topic Start new topic Reply to this topic
First unread post

Palestinians need to be rounded up, chained on floats and sent out to open sea !

European retards will come to their rescue !

Either they will  . . .  or their allahahahahaha !

Dude if you don't like jews then why are you such a loyal slave to them?

Just kill them all and get over it !
Top

Muslimes are about 1.5 billion . . . why can't they just attack and obliterate an open air prison of less than ten million (Israel) ?

Of course Israel will kill maybe 3 thirds of them, in the process ! 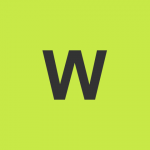 You’re right, I should stay neutral bcuz either the globalist Jews will get me or you Nazi scum will.

you’re not the only Nazi around.
Top


um okay...but what about nazism is supposed to result in 'getting you'?
Top

The Nazis main tenet is racial superiority and purity.


no it isnt. why are you trying to teach me what nazism is about? you actually read anything written by a nazi?
Top


Can you show any proof that there  is intellectual parity between the races...?
We both know you can't, because there is none.

Good! We need a lot more of them!
Top

Of course Israel will kill maybe 3 thirds of them, in the process !

Am I the only one who finds it interesting that European Christians, through the Balfour  Declaration, decided to give Jewish survivors of nazi Germany and European anti-Semitism a homeland surrounded by the only people on earth who hate Jews more than German nazis?

I understand that Zionists saw Palestine as their "holy land", but I think, if they were handed a piece of the desert to turn into a paradise, a chunk of New Mexico or Southern California would have worked out just fine.