By B.See
16 Jun 2022, 4:03 am in No Holds Barred Political Forum
Banned from this thread: B. See is a shill, Bigsky, Buffalo, Cedar, DeplorablePatriot, FJB, FOS, GHETTO BLASTER, Herman Two Feather, Jantje_Smit, Mr. 7, Nostradamus' omh, RunningWithScissors, Selaphobia, Skans, Tulum, Vegas, Warcok, Zeets2, badbob85037, murdock, nefarious101, roadkill, sooted up Cyndi
This political chat room is for you to sound off about any political ideology and discuss current political topics. Everyone is welcome, yes, even conservatives, but keep in mind, the nature of the No Holds Barred political chat forum platform can be friendly to trolling. It is your responsibility to address this wisely. Forum Rules
Reply to this topic Start new topic Reply to this topic
First unread post

but don't let the facts get in the way of your dreams .... lol

Oh? So why does the word insurrection appear in Trump's J6 criminal referral?  But hey, don't let the facts get in the way of your "alternative realities." 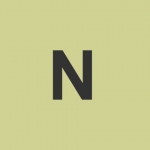 Well, Another Christmas and Trump is still innocent, not in jail, as the dems continue to prove Trump NOT GUILTY ... lol
Top

No. NOT INNOCENT, guilty as HELL. He just hasn't been convicted yet for any of his MANY CRIMES. Chalk it up to PRIVILEGE and America's double standard of JUSTICE.

Capone (likewise) ran a crime family for SEVEN fkng years before being LOCKED UP for tax fraud.  Didn't mean he was "innocent."
Top

Jan. 6 response would have been 'vastly different' if rioters were Black, House sergeant at arms told investigators - NBC News

Jan. 6 Committee Says It Has Evidence Trump and Associates Made Job Offers to Witnesses - Mediaite


THE CAPITOL INSURRECTIONISTS AND THEIR CO-CONSPIRATORS PART ONE:
(i.e. a bunch of seditionists who should've already been locked the **** up):

Jan. 6 participant arrested after hours-long standoff with the FBI - MSN

Eric Christie was arrested by the FBI on Thursday after several hours in which he refused to cooperate with authorities when they arrived at a home in Sherman Oaks, California. Two law enforcement officials confirmed his arrest to NBC News.

Capitol rioter's mom blamed Trump for violence: 'He was used along with many others' - Raw Story

(IMO, confirms who and what those bstrds ARE)

American Myths Are Made of White Grievance—and the Jan. 6 Big Lie Is Just the Latest – Mother Jones

THE CAPITOL INSURRECTIONISTS AND THEIR CO-CONSPIRATORS PART TWO (including those congressional ones who also should've been locked the **** up by now):

Massachusetts Man, Troy Sargent, Sentenced to Prison After Bragging About Getting ‘Two Hits in on the Same Rookie Cop’ Following Jan. 6 Attack - Law and Crime

Over 300 Oath Keepers May Be Current or Former DHS Employees: POGO - Business Insider

Meadows' insurrectionist texts have been reviewed by Talking Points Memo, and they're damning - Dailykos

Capitol rioter, 35-year-old Ronald Sandlin from Millington, Tenn. who assaulted officers during attack sentenced to more than 5 years - The Hill

Tennessee Man Ronald Sandlin Who Yelled ‘You’re Going to Die’ at Police and Lit Up Inside the Capitol on Jan. 6 Gets Years Behind Bars

Proud Boys trial: Judge will allow prosecutors to use Trump's "stand back and stand by" comment - CNN Politics

Jan. 6 committee had 30 gigabytes of data it never released to the public — but turned over to DOJ: report - Raw Story

MAGA rioter who plead "the blood of Jesus" on the Senate floor convicted of weapons charges - Raw Story
Joshua Matthew Black, 46, of Leeds, Alabama, was convicted of illegal entry and disorderly conduct during the riot, along with the weapons charges. Black reportedly ran a lawn service in his hometown. 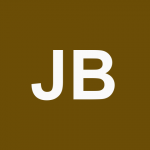 Read '1776 Returns,' a 9-page extremist plot to take over the Supreme Court, CNN and 6 other DC buildings

Oath Keepers intended to 'turn on the gas' while lawmakers were in tunnels photographed Jan. 5 by Capitol tourists

Committee asks congressman why 'family' on Capitol tour took photos of areas 'not typically of interest to tourists' - Alternet.org

George Conway asks key question for Loudermilk: 'If your Jan 5 Capitol tour was all innocent, why not just answer questions?'

Nine-page plan to occupy key congressional buildings on January 6, 2021 and distribute a list of election demands, released in court filing

they were just ordinary tourists on 1-6
Top

Judge concludes Jan. 6 rioter who broke into Capitol was acting on "Trump's instructions" - Salon  Yet another judge placed the blame for the Jan. 6 attack on that fkng guy

Proud Boys are right about one thing: It's ridiculous that Trump's not in prison - Salon  Proud Boy leader's lawyer argues Capitol insurrectionists are "scapegoats" for Trump's actions. That's clearly true

(and serves 'em right for falling hook line and sinker for a fkng LIAR, DIVIDER, CHARLATAN and CON MAN)

‘I’m Waiting for the Boogaloo’: Three Active-Duty Marines Charged With Breaching the Capitol on Jan. 6 - Law and Crime

he got off light(ly). Sicknick would still be alive if not for that mfkr... AND Trump.

‘You are the reason Brian is dead’: Man who pepper sprayed Officer Brian Sicknick sentenced - Dailykos