How many Republicans are brainwashed? 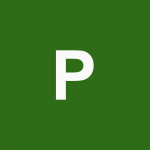 By progressivecitizen
13 Jan 2021, 11:18 am in Liberals Only Political Chat Room
Debate the issues that are the valued by liberals in this political chat forum. Try to stay on topic and respect your fellow liberals. We all feel strongly about certain issues. Keep that in mind as you debate with your peersin the liberal forum. Forum Rules
Forum rules

Rules For The Liberal's Only Room
Please read the Forum Rules before posting. Feel free to browse but only Liberals may post in this room
Reply to this topic Start new topic Reply to this topic
First unread post 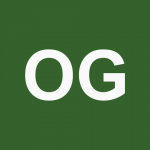 So, the elite, or the so-called meritocritist should hold some responsibility regarding inequality, am I right for suggesting such?
How many elites push like Ralph Nader for equality? You know, the old duopoly.
Clinton kind of pushed for neoliberalism just as much as Reagan did in the end.
And the tax cuts for the rich always seemed to win the day. Somehow the big corporations ended up writing a lot of the legislation that passed regarding
trade, and subsidy for big business.
Somehow the financial industry grew and grew.
What about this cyrpto currency - how preytell does it serve the public, the average citizen in anyway?
Basically it is a great way to sell illegal stuff, for drug smugglers, gun runners, without ever getting caught by the IRS.
What about the short-sell, the mortgage schemes, the payday loan companies, not to mention the credit card companies, etc...

There is a whole lot of trappings to choose from.
Top 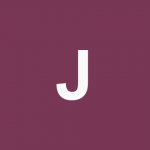 Great responses here, Here's a fact ,the republican party can't exist in a democracy anymore and they know it totally , they can't survive without the hate vote anymore, a hate vote they created a large part of. The need to be bigots and hate immigrants to keep that vote. It's their catch 22, they need to keep these people in their party but the browning of America and Immigration is going to make them disappear as a party. They will never get these groups vote in large enough numbers to stay relevant, after treating them like **** for decades . They will murder, kill, destroy, steal, lie and dump our democracy for a dictator and sell out every value that has made this country what it is. They are by far this countries biggest threat and enemy. There is only one thing that we can do to save this country and its democracy. Get rid of them .Here's my list , kill the filibuster or parts of it , increase the number of supreme court justices to make their hate group judges a minority. take them down with the constitution -Article I, Section 4, Clause 1:

The Times, Places and Manner of holding Elections for Senators and Representatives, shall be prescribed in each State by the Legislature thereof; but the Congress may at any time by Law make or alter such Regulations, except as to the Places of chusing Senators. ----------------------The courts have always decide for the fed when it comes to protecting voting rights with this Article when they have been forced to implement this clause. This alone will destroy the republican party . Last but not least ,force in the democrats voting rights bill . anyone of these passed will make the right disappear and that is what I am advocating ,we have to do everything we can to get rid of this domestic terrorist group .
Keep in mind that the real conservative will establish a new party and their voice in no way will be erased but it will be a party of honor and not jut a hate based group that they call a party, like it is now . Keep in mind the conservative voice in this country is as important as the progressive voice is in this country , it's called checks and balance but this hate group they got now has to be erased.
Top 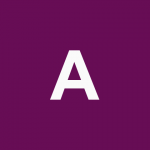 Very few Reptilians are "normal".  We saw the reaction after Biden's 7 million vote landslide.  Only Romney and a few others congradulated him; the rest stuck with their Fuhrer to the Gotterdammerung of Jan. 6th.

I was just thinking about this question regarding what people call brainwashed Republicans due to the fact that I have brothers and sisters in my own large family who appear to be brainwashed. Why?
My sister is someone I love and always respected. Same thing goes for my sister in law. I noticed one thing that stood out in the last ten years or so and it's Facebook. Both were technology challenged for the most part because they are older, in their late sixties. In both cases, they became more and more dependent on Facebook it seems. They are using it a lot I can tell because of their posts. I myself do not use Facebook and never have, but my wife does.
She wouldn't block them as friends, but they have this device where you can hide someone's post, which my wife has had to use recently.
You see, my sister and my sister in law, both seem to check Facebook constantly, and this apparently is where they are fed misinformation daily, almost as if it was addictive like a drug.

I love my sister and my sister in law. When I speak with either one on the phone I tell them this. When they go political, I change the subject knowing it would be no good to argue. But they are not the same as they used to be. Something about them has changed dramatically.

And I know this is incomprehensible to a lot of people - the idea of being somehow brainwashed. I myself always thought the way I do and objectively speaking, I know I'm not perfect, yada yada yada.
Sure, I'm more science oriented, it's my job, I work in a science field, but I can note that even there, I know people who seem to have gone a bit too far to the right for reasons I can never be sure.

I made the mistake of suggesting a great book I wish a lot of people would read to my sister, Caste, (The origins of our discontents) by Isabel Walker.
Sadly it seems too earnest a truth for some folks to read at this point in time, and I won't blame Facebook for that, but Facebook as a corporate structure sure as hell has not helped change this world for the good in my estimation. Its trajectory is based on getting folks to use it in such a way that they become dependent on
an increasingly polarizing world view that spews nothing but literal hogwash, and ultimately pure ignorance regarding facts and reality. 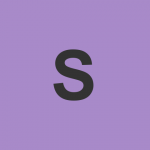 The really big names in politics, your Bushes and your Clintons and such, are like WWE caricatures. They talk their talk but in the end a couple of things consistently win, no matter who is in power. War wins, always. "Defense" always wins, always gets more money, more approval, everyone's support. Concentrated corporate power wins, always. The lobbies.

We voters are so easily bamboozled. "War profiteering is wrong!"

"Yes, but think of all of the people who profit from it! What about them!"

Wait, what?! That's literally the whole point: people are profiting from war.  That's not a reason for why it's OK.

Exactly:  those people are the problem.

It's easy to point out that war profiteering is evil and wrong, and somehow when that is translated into English:  "So we have to slash the spending and lots of people who make a living selling weapons are going to have to do something else," we act like that is a problem.   That's not a problem  That's the solution.

But find a mainstream politician who can give voice to these simple realities and will stand by them.  In either party.
Top

I just spoke about this in the NHB forum.

In a report published as recently as August 4 (just one month and two weeks ago) a Yahoo News/YouGov poll found that TWO THIRDS of Republicans believe the election was "stolen" from Trump. Yeah. It was "stolen" alright. By the vote of some 81.3 MILLION Americans.

Poll: Two-thirds of Republicans still think the 2020 election was rigged

Users browsing this forum: No registered users and 146 guests