This political chat room is for you to sound off about any political ideology and discuss current political topics. Everyone is welcome, yes, even conservatives, but keep in mind, the nature of the No Holds Barred political chat forum platform can be friendly to trolling. It is your responsibility to address this wisely. Forum Rules
Post Reply
First unread post • 266 posts
266 posts


Even worse, this pathetic loser comes daily to the board to be humiliated.


Says the GUTLESS COWARD who runs away CRYING every single day from the FACTS I use to PROVE he is a LIAR. You have a lot of nerve TRAITOR no intellect whatsoever but a lot of nerve
Log in or Register to remove ads

I can see it's working. He is far dumber now than when he arrived here.

All highly successful financial managers do that!
Top

he's been kicked off every board it has slithered on................this is the last stop where you can still see the railway light before a black hole sucks you in

Nice of you to say that. No worries. I also apologize for all the **** I flung back at you.

As for BV the Pimp and ****, I"ve had years of practice talking to those worthless animals.
Top

All highly successful financial managers do that!

Yeah, I'm sure he is. That doesn't say much about the success of his clients though.
Top

As for BV the Pimp and ****, I"ve had years of practice talking to those worthless animals. 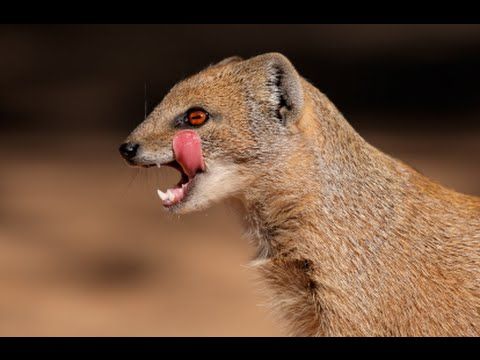 Posts: 18,549
Politics: Liberal
Location: Behind the cactus curtain in Arizona

Ricky Tavy » 18 Feb 2020 10:40 am » wrote:Vastrwc is here too? He is known as Mucky the Deviant Twitch back home, Mucky for short. Finally, just what this place needed: a fecal freak to compete with SeePee's pedophilic deviancy.

Let the fecal freakery begin. Whatsamatta, Twitch, didn't Isatroll let you in on the location of the new sanctuary where bully liberals would never find your sissy ***?
"It's very hard not to be condescending, when you are trying to explain something to an idiot." ~ Bill Maher
Top

Except that they spread vast amounts of it to hurt Trump and help spread Liberalism.


NYT Editor Deceptively Alters Trump Quote From Conference Call With Governors on Coronavirus
BY MATT MARGOLIS
Mara Gay, the New York Times editorial board member who, you may recall, proved her terrible math skills earlier this month live on MSNBC, has totally outdone herself.


In a tweet sent Monday afternoon, Gay claimed that President Trump “told governors this morning they are on their own. ‘Respirators, ventilators, all of the equipment — try getting it yourselves,’ Mr. Trump told the governors during the conference call, a recording of which was shared with The New York Times.”


Mara Gay
✔
@MaraGay
Trump told governors this morning they are on their own:
“Respirators, ventilators, all of the equipment — try getting it yourselves,” Mr. Trump told the governors during the conference call, a recording of which was shared with The New York Times. https://www.nytimes.com/2020/03/16/worl ... RKZusLK5oY …

According to Ms. Gay, Trump told the governors that they were “on their own” if they needed critical medical supplies to combat the spread of the virus.


Except that’s not what he said. Gay deliberately misrepresented Trump’s words. Unfortunately for her, the full quote was accessible through the linked story. Here’s what Trump said: “Respirators, ventilators, all of the equipment — try getting it yourselves. We will be backing you, but try getting it yourselves. Point of sales, much better, much more direct if you can get it yourself.”
https://pjmedia.com/trending/nyt-editor ... ronavirus/


You are a LIAR a TRAITOR and a GUTLESS COWARD we all notice that you didnt even TRY to give an example or subsstantiate your LIES. You are PROVEN LIAR and a GUTLESS COWARD and a TRAITOR. Fake news was WEAPONIZED LIES that Russian Military Intelligence spead for TRAITORS like you to repeat endlessly. The media was not LY(ING about Trump Trump was LYING CONSTANTLY and about everything and the media was telling VICIOUS TRUTHS about him. YOU are the LIAR and TRAITOR
Top

Many cities in the country are going up in flames, which will lead to more poverty, more unemployment and more discontent.

Yes they claim this:

We are teetering on a dictatorship!" shrieks wackjob Don Lemon.

Not that anyone on Fake News CNN is going to offer him any meds.

They ought to stop carrying on their stations and in their newspapers.

Funny how the corrupt leftist MSM turn every black guy killed by a cop into a saint.

And turn every cop into a villain if  not a criminal.

Rayshard Brooks was on probation and faced going back to prison if he was charged with a DUI, DailyMail.com can reveal.

It was the fear of incarceration that likely caused Brooks to panic in the face of imminent arrest and caused him to make a break for it. [...]

The charges to which Brooks pleaded guilty and for which he was still on probation dated back to August 2014 when he was convicted on four counts – False Imprisonment, Simple Battery/Family, Battery Simple and Felony Cruelty/Cruelty to Children.

He was tried in Clayton County and sentenced to seven years on the first count, with one year in prison and six on probation and 12 months for each of the other three counts, sentences to be served concurrently.

His sentence was revised, and he was sent back to prison for 12 months in July 2016 when he violated the terms of his probation.

Brooks had not been in trouble since that year until last December when he went to Ohio without informing his probation officer and a warrant was issued for his arrest.

That warrant was revoked and the case dismissed when he returned to Georgia on January 6. (Daily Mail)
https://townhall.com/tipsheet/leahbarko ... d-n2570872

But racist CNN got caught.

"Trump is a racist!" shriek Fake News fake journalists after Trump joked that Covid is the "Kung flu.'

I'm sure they'd make the same accusation against anyone who said that.

This will happen all the way to Trump's re-election.

,
The corrupt liberal MSM are responsible for more Fake News than any source I know.

Schiff knew about this in February.
.

Report: Trump Wasn’t Briefed On Unverified Russian Bounty Intel, But Adam Schiff Was
Posted at 7:00 pm on July 2, 2020 by Bonchie

Well, this is certainly interesting.

Adam Schiff took to the airwaves this past weekend to pontificate about how awful Donald Trump is. That’s become a regular thing during the last four years, whereby Schiff is routinely allowed to spread ridiculous conspiracy theories with no push-back on networks like CNN, MSNBC, and CBS. It doesn’t matter to these astute news outlets that the California Representative has been caught lying over and over, especially regarding anything to do with Trump and Russia. They still have him on and treat him as an authority anyway.

Schiff was brought on Sunday to talk about the recent, unverified allegations regarding Russia and bounties being paid to kill U.S. troops in Afghanistan. As my colleague streiff explained regarding the matter, this was obviously yet another leak designed to attack Trump via the intelligence community. For his part, Schiff feigned ignorance and acted indignant that Trump didn’t “do something” in response a supposed report the President wasn’t even made aware of.

But now, there’s some new information arising that flips the narrative on its head.


Mollie
@MZHemingway
·
22h
Adam Schiff's top aides were briefed on Russia bounty suspicions. In February. In Afghanistan. Schiff didn't think it was significant enough to alert colleagues on Intel committee, held no hearings, told no one, did nothing.  New from me and @seanmdav

Strange how ordinary things become "racist" or "divisive" when Trump does them.
.

Activists Blocking Entry Into Mount Rushmore to Keep Out People Coming for Trump Speech
Posted at 8:30 pm on July 3, 2020 by Nick Arama....
Strangely these folks didn’t come out and call it “sacred land” or complain about the “slave owners” on Mount Rushmore when Barack Obama, Hillary Clinton or Bernie Sanders visited. CNN treated it completely differently then too, calling it the “majestic” monument.

CNN treated it completely differently then too, calling it the “majestic” monument.


Zach Parkinson
@AZachParkinson
·
13h
Fascinating how CNN called Mount Rushmore "majestic" and "quite a sight" in 2008 when Obama visited, but now its a symbol of slavery and stolen land